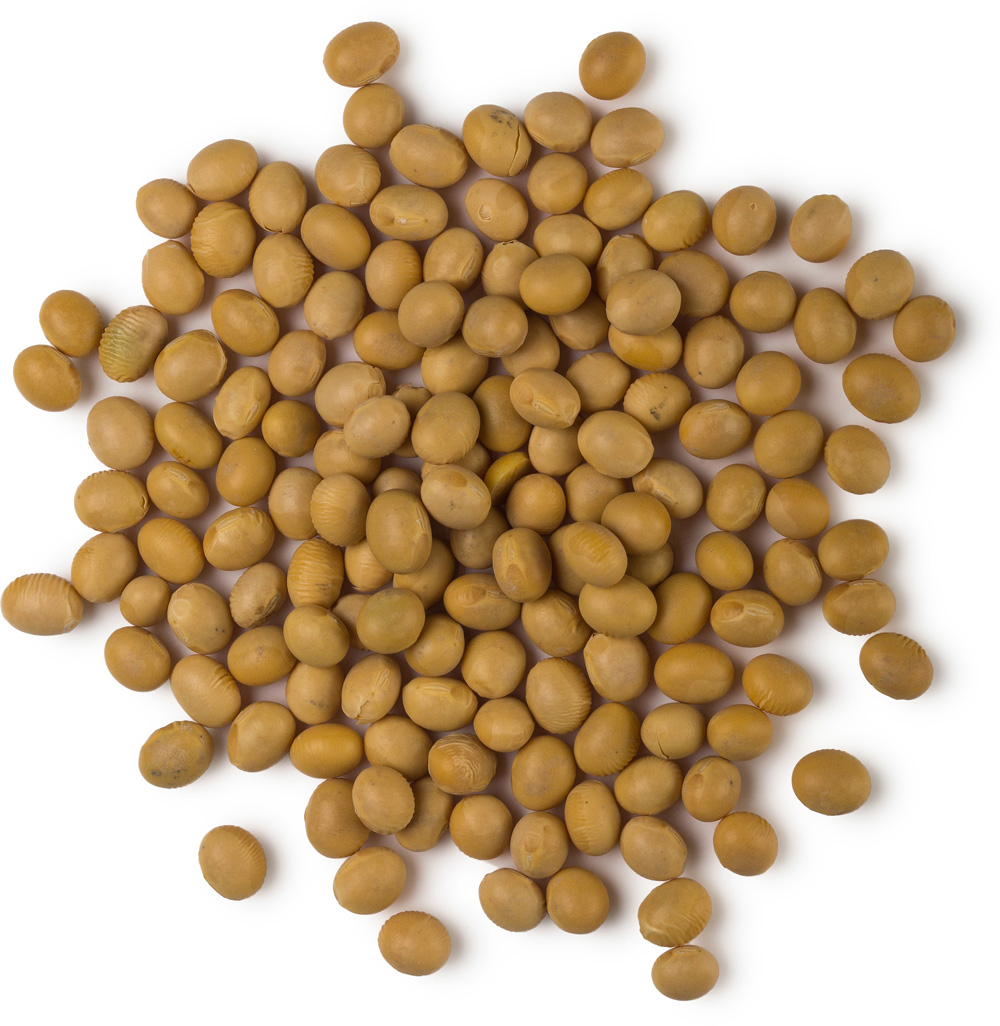 Although botanists haven't entirely agreed on the origins of the soya bean (Glycine soja), it is believed that the plant derives from a Chinese legume, Glycine ussuriensis. Soya has been eaten and cultivated in China since 2800BC, and it was considered one of the five substances essential for living.

Today, the USA is the main grower of soya, and over 90% of the crop is used for animal feed. A whole soya industry has developed around the bean and various materials made from it are widespread today - soya milk, soya oil, soya sauce, soya lecithin, miso, tamari, tempeh, tofu and textured vegetable protein.

Soya milk is made by soaking the beans, filtering off the milk and boiling the liquid to remove the taste of beans. Finished soya milk tastes pleasantly creamy and slightly nutty. It can also be made from soya flour or soya protein.

The milk contains B vitamins and isoflavones, which act as antioxidants in cosmetic use. It soothes and conditions in hair and bath products.

In Japan, soya-based beauty products are marketed as skin-lightening.

Soya milk powder is easily incorporated into the dry mix of both Ballistics and Bubble Bars. During use the soya milk reconstitutes and creates a creamy texture in the bath water to soften the skin.

Soya Milk Powder can be found in these products