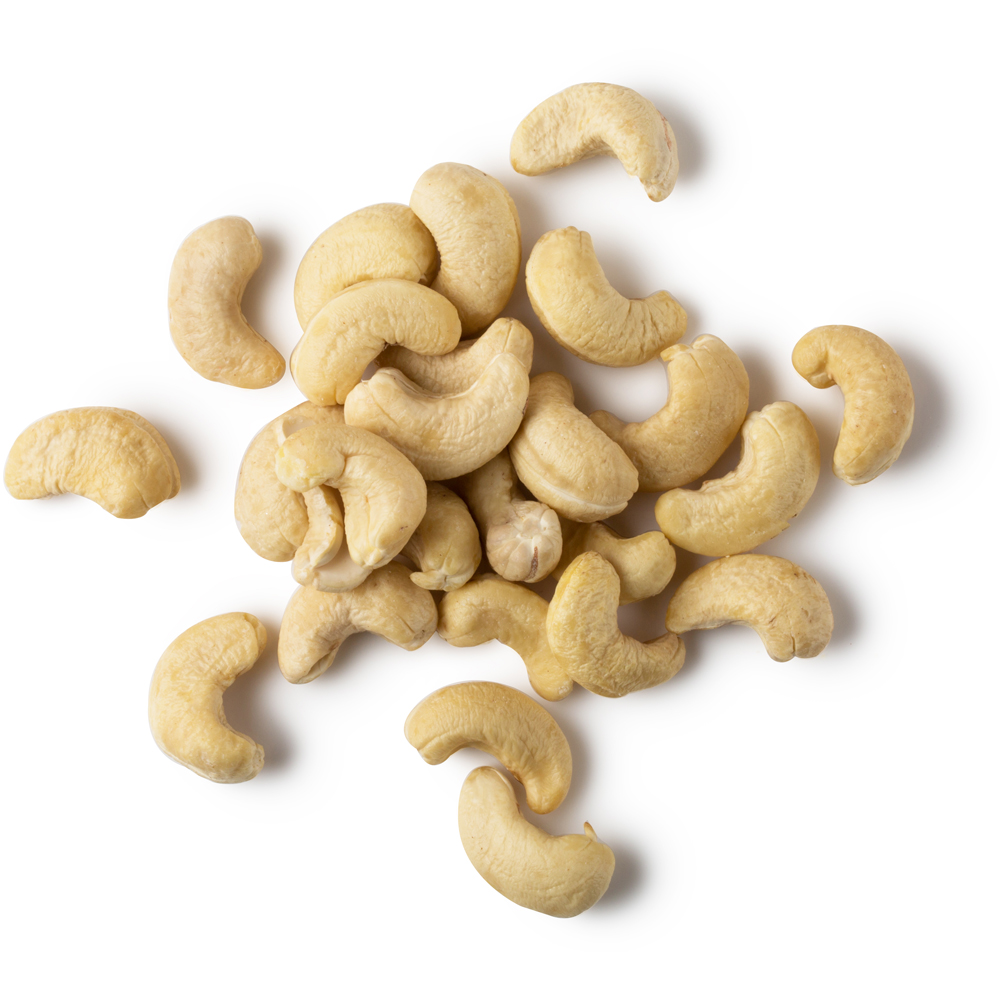 The tropical evergreen cashew tree is native to the West Indies and Brazil. It is a medium-sized tree, growing up to forty feet tall.

In the sixteenth century, Portuguese explorers carried the cashew from Brazil to India where it adapted well to the climate. The nut is rich in oil and distinctively flavoured. It is commonly used in South and South-East Asian cuisine.

The nut is actually the seed of the fleshy cashew apple, which is pear shaped and reddish or yellow. Unusually, instead of being on the inside, the nut hangs like an appendage from the base. The flesh is reported to be even tastier than the cashew, but spoils within 24 hours of harvest, meaning that it is rarely exported.

Between the layers of the nut’s two shells, there is an oil that can blister human skin, much like its relative, the poison ivy. The fruits are picked by hand and the nuts detached to be processed.

They are roasted at 350 degrees, cooled, and then the hardened shells are removed by hand, now that the caustic oil has been burnt off.

Turning the nuts into ‘butter’ is a relatively simple process and involves lightly roasting the nuts and milling them to the correct consistency.

We use organic cashew nuts from a fair trade co-operative project in India. They are then shipped to Cornwall and the nuts are turned into cashew nut butter.

Organic cashew nut butter is moisturising on the skin.

Organic Cashew Butter can be found in these products

Handy Gurugu
Hand Cream
Relief for hard-worked hands
$23.50
/
100g
0.00 (0)
Cancel
Back
Choose your knot wrap Confirm knot wrap design
Accept Cookies
Fancy a Chat?
In order to speak with one of our team, please accept Olark cookies and we will be happy to help!